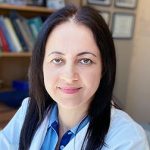 Sonia Villapol, PhD, graduated from the University of Santiago of Compostela, Spain in 2003 with a bachelor’s degree in molecular biology and biotechnology. She received her master´s degree and PhD in neuroscience from the Autonomous University of Barcelona, Spain in 2007. She worked as a postdoctoral fellow at CNRS in the University Pierre and Marie Curie VI and at INSERM in Paris, France (2007-2010) and at the National Institutes of Health and Center for Neuroscience and Regenerative Medicine at Uniformed Services University (USUHS) in Bethesda, Maryland (2010-2014). Following her postdoctoral research work, Villapol joined the Department of Neuroscience at Georgetown University in Washington, DC as a Research Assistant Professor in May 2014. In July 2018, she started as an assistant professor at the Center for Neuroregeneration at Houston Methodist.

Villapol has received extramural research funding as a principal investigator from NIH, and she serves as an associate editor for Cellular and Molecular Neurobiology (Springer Journal) and review editor for Frontiers in Neurotrauma. She has published more than 40 articles in peer reviewed journals and book chapters. Her research interests have mainly focused on elucidating the mechanisms of neurodegeneration, neuroinflammation or neurogenesis via several models of brain injury (traumatic brain injury or cerebral ischemia) and how inflammatory mediators connect the brain with the periphery. The Villapol Lab mission is the pursuit of novel neurorestorative treatments for debilitating brain injuries to open the door to alternative therapies that repair and recover the damaged brain through the periphery.

Welcome to the lab 2021 Summer Interns from Texas A&M University!

Welcome to our New STUDENTS!

Eric Wang is a rising sophomore studying biomedical engineering at Texas A&M University, where he is involved in undergraduate research and writing review papers. He is also certified as a medical assistant with plans to become a physician and innovate medical devices. Outside of class, he loves learning to cook and recently hiking trails. 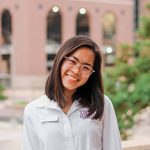 Elsbeth is an undergraduate at Texas A&M University studying biology and genetics with a minor in neuroscience. She has been involved in neuroscience research in transgenic mice for a year and a half at the Texas A&M College of Medicine and hopes to continue onto a career in medicine and research, especially in neurodegenerative and neurodevelopmental conditions. 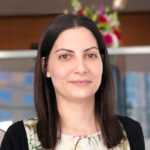 Sirena Soriano, PhD, obtained her doctorate degree from the University of Valencia, Spain in 2016 under the mentorship of Drs. Moltó and Martínez. As part of her doctoral training, she joined the laboratory of Juan Botas, PhD, at Baylor College of Medicine as a visiting fellow to perform a genetic interaction screening in a fly model of Friedreich ataxia. She later joined Rodney Cavero Samaco, PhD’s, laboratory as a postdoctoral associate where she participated in the molecular and behavioral characterization of rodent models of autism spectrum disorders. In 2019, she joined the Villapol Lab as the next step in her pursuit of a career in academia, with the goal of investigating the link between brain injuries and Alzheimer’s disease 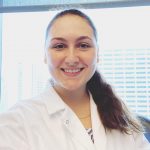 Morgan Holcomb has earned her bachelor’s degree in Biomedical Engineering from Texas A&M University in August 2019. She accepted the invitation to work under the guidance and leadership of Dr. Sonia Villapol at Houston Methodist in February 2021. She is currently involved in a neurorestorative project that fuels her desire to gain experience in research and to further her pursuit of a career in Biomedical Engineering. Morgan appreciates a challenge and spires to make a significant contribution through her research under the mentorship of Dr. Villapol. Though a native of East Texas, Morgan has enjoyed travelling internationally and experienced living in Saudi Arabia for two years. Her desire is to have a positive, global impact in the diverse field of Biomedical Engineering. 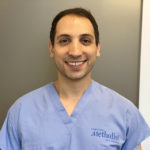 Dr. Saeed Sadrameli received his Bachelor’s and Master’s degrees in Electrical Engineering from the University of Florida. He then joined Texas Instruments Inc. in Dallas as a product and test engineer before he returned to Gainesville where he was elected as the president of the Alpha Omega Alpha honor society and subsequently received his M.D. from the University of Florida College of Medicine in May 2015. Despite being a Gator fan, he joined the Houston Methodist Department of Neurosurgery in July 2015 and is currently involved in multiple research projects involving concussion in animal models as well as collegiate athletes. His clinical areas of interest are minimally invasive approaches to the spine and spinal reconstruction for treatment of adult scoliosis. He has published several clinical manuscripts and book chapters in the area of spine surgery.